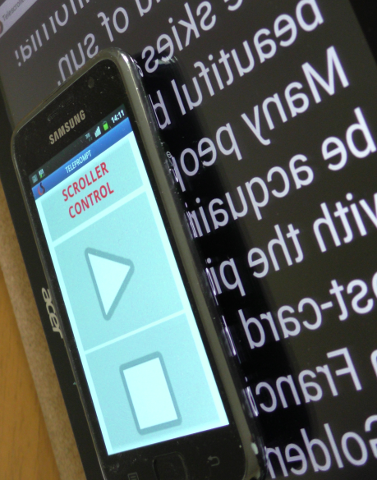 Deploy the App on one device as a stand-alone Teleprompter (with autonomous control). Additionally, deploy the same App on another device in remote control mode to control your designated teleprompter device.

Support for RTL (right-to-left) Languages
Teleprompter Suite is compatible with RTL languages such as Arabic and Urdu.